Last Week’s Quote  was “The whole aim of practical politics is to keep the populace alarmed (and hence clamorous to be led to safety) by an endless series of hobgoblins, most of them imaginary.” Was by H.L Mencken, winner was Rob Brunk

This Week’s Quote:  “The press is the hired agent of a monied system, and set up for no other purpose than to tell lies where their interests are involved.”…by ???

THE RULES:  No searching up the answer, must be posted to the blog.

The Prize:  First person to post the correct answer gets their next domain or hosting renewal on us.

We have launched AxisOfEasy.com ! Today’s edition will be posted there and mirrored on easyDNS. Please help us get the word out and tell your friends and colleagues to check out the new website portal and subscribe to our various tendrils there.

Last June the news broke that the US DoJ had launched an anti-trust investigation into Google, we covered it in AoE #100

Now it looks like the DoJ is getting ready to file an actual antitrust lawsuit against Google, and several states are gearing up to join them.  It will be the biggest tech antitrust suit since the case against Microsoft 20 years ago.

“Much of the states’ investigation has focused on Google’s online advertising business. The company owns the dominant tool at every link in the complex chain between online publishers and advertisers. The Justice Department likewise is making Google’s ad technology one of its points of emphasis. But it is also focusing more broadly on concerns that Google uses its dominant search business to stifle competition, people familiar with the matter said.”

Critics of Google call for actions that range from restrictions on how it does business to a breakup of the company.

Silicon Valley is gearing up for a fight with regulators and Facebook is taking a leading role in the formation of a new lobbying effort to spin the narrative in Big Tech’s favour. Called “American Edge”, the group which hasn’t launched yet

“argues that Silicon Valley is essential for the U.S. economy and the future of free speech…The group’s splash page, which went live on Tuesday night, defines the project as: “…a newly formed bipartisan coalition dedicated to the proposition that American innovators are an essential part of the U.S. economic health, national security and individual freedoms.”

Over the course of the Coronavirus pandemic the Big Tech platforms have been particularly aggressive in deplatforming any content that does not conform to the “official” narrative.  Youtube defines this in particular as anything that does not reflect WHO or CDC directives.

So it was no surprise to learn that  Youtube’s latest hit was on controversial epidemiologist Knut Wittkowski, who had a video on Youtube, with over 1.3 million views, criticizing the lockdown and advocating for a herd immunity approach.

“Cointelegraph had a full day of programming lined up for a livestream that covered Bitcoin’s third block halving on May 11. The agenda mostly went off without a hitch — fintech luminaries like Tim Draper, Roger Ver, Meltem Demirors and many more shared their time and opinions with Cointelegraph editorial staff over the course of a livestream that lasted just under seven hours.

But the stream was blocked and deleted six hours and 42 minutes into a nearly finished program, locking more than 2,000 viewers out of our coverage.”

(Yeah, Big Tech is essential to free speech my ass. I can’t believe I’m actually pulling for the DoJ to break all these parasitic quasi-monopolies into a thousand little pieces.)

Last week we soft-launched a free video conferencing service based on Jitsi which is open-source.  It’s dead easy to use, simply point your web browser at the system, pick a name for your channel and send that URL to your attendees. That’s it.

Read more about it here, (including the URL to access the free level). Over the coming weeks we’ll be releasing a premium version for your business that will get you your own dedicated virtual appliance with a cost on par with Zoom or WebEx.

I thought we reported on this one back when the legislation was first introduced but I can’t seem to find it.  In any case, France’s Lower Parliament has passed new laws against “hate speech” that requires tech platforms to remove such content from their platforms within 24 hours of it being flagged.  In some extreme cases, such as terrorism and child exploitation, within one hour.

Tech platforms who fail to comply will face significant fines on a per incident basis, starting at hundreds of thousands of euros and can be as high as 4% of total annual global revenue.  Critics worry that tech platforms may err on the side of caution and simply remove questionable material without appropriate review to remain onside of the new rules.

I would also add that this unfairly impacts smaller and independent challenger platforms, where getting hit with a single fine could put them out of business while big incumbents can write the cheques or challenge the fines in court.

This has actually been known for years, but WSJ wrote this up recently. People can use DMCA and copyright takedown requests to remove search engine results that link to unflattering or controversial pages on the internet.

“The Journal identified hundreds of instances in which individuals or companies, often using apparently fake identities, caused the Alphabet Inc. unit to remove links to unfavorable articles and blog posts that alleged wrongdoing by convicted criminals, foreign officials and businesspeople in the U.S. and abroad.”

After the WSJ showed Google their findings the company undertook an internal review and restored over 52,000 links that had previously been removed.

You can gain a lot of visibility into who is requesting DMCA type takedowns by searching on the Lumen Database and searching up domains, people and see who has been requesting takedowns of what.

Human behaviour during pandemic messing up models generated by AI

The MIT Technology Review laments that rapid human behavioural change in terms of what they started buying online due to Coronavirus, is confusing the AI systems behind the scenes that manage inventories and logistics.

This is “causing hiccups for the algorithms that run behind the scenes in inventory management, fraud detection, marketing, and more. Machine-learning models trained on normal human behavior are now finding that normal has changed, and some are no longer working as they should.” 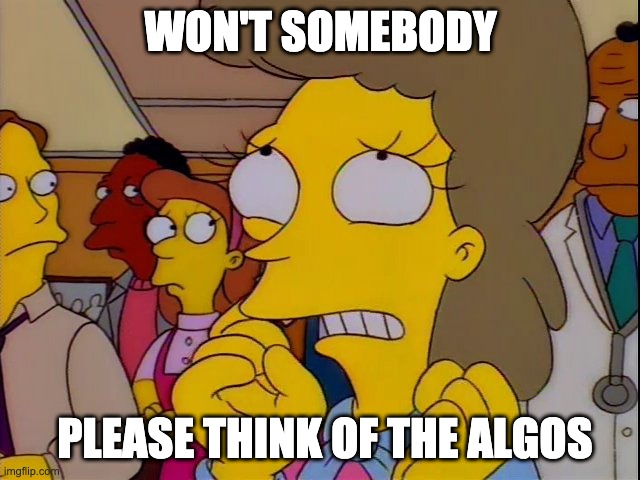 I find this article somewhat typical of the world we live in:  we create this blind faith in AI (which doesn’t actually exist), use it to create “models” which we then stake decisions like our supply chains on, and then act perplexed when reality intervenes and does not conform to the models.

If only there were some sort of specially trained personnel who would, I dunno, maybe analyze changing inputs and when some exogenous super-shock hits the entire planet they could come up with some course corrections and reconfigure logistics so that everything doesn’t come unglued simultaneously.

We may be experiencing the same phenomenon writ large amid a global lockdown based on what very well look to be highly flawed computer models.  But our ‘approved narrative’ dictates that the models are right and any conflicting data brought to the table is misinformation put forth by conspiracy nuts.

The US Senate fell short of adding an amendment to the USA Freedom Re-authorization Act that would have outlawed warrantless, secret searches of  Americans’ browser and search histories.  The bi-partisan amendment was part of an effort advanced by Sen. Ron Wyden (D–Ore.) and Sen. Steve Daines (R–Mont.) to reign in the surveillance superpowers of the state as The Patriot Act renews under it’s new and improved rebranding as the “Freedom Act”.

The move missed by a single vote.  The article notes that Bernie Sanders missed the session and the vote.

It was just last week that we reported on NSO Group’s winning of an Israeli government contract to maintain a database of Coronavirus contract traces (of which they left a server sitting out in the wild unprotected and wide open).  We mentioned they had graced these pages numerous times in the past, usually in connection with their “Phantom” and “Pegasus” spyware, which they sell to governments who use it to hack dissidents and journalists mobile phones.

It looks like NSO has been pitching US police departments the same software.  VICE has published an account based on an NSO source, who is being kept anonymous out of fear of reprisals (hope he or she ditched their mobile phone).  A sales brochure obtained by the reporter describes  how Phantom can  “overcome encryption, SSL, proprietary protocols and any hurdle introduced by the complex communications world.”, including so-called “0-click attacks”.  That means the attacker (the government buying the spyware) needs no interaction with the victim in order to infect their device.

GrubHub is running a variation from their domain squatting playbook that we reported back in AxisOfEasy 103.  That’s the one where they scoop up variations of their client restaurants’ domains in order to crowd them out of the organic search engine results.  When prospects search for the restaurant directly, if they unwittingly follow one of these domains, GrubHub snags the order, and thus inserts their cut away from a transaction the restaurant would have kept 100%.

Now they’re doing the same thing for telephone numbers.  For a restaurant to be in the GrubHub system, they have to use a phone number assigned to them by GrubHub, which forwards to their regular number.  Then GrubHub manages to get their assigned phone number to show up in the search results, including the Google info panel for that restaurant.  Since all orders taken via the GrubHub number incur a service fee based on the establishment’s average order size, this even results in restaurants losing money on small orders which are phoned in this way.

As we were preparing to transmit I came across this article about “pizza arbitrage”, where an options trader figured out how his friend, who owned a few pizzerias, could make an extra and riskless $10/pizza by ordering them from his own restaurant via DoorDash, who had taken it upon themselves to advertise on Google delivery for his restaurants (and he didn’t even offer delivery or have a DoorDash account).  Even better (worse?) DoorDash was undercutting the guy’s own prices, charging customers $16 for pizzas they were buying from the restaurant for $24. Silicon Valley finance at its brightest.

One approach that would demonstrate the power of protocols over platforms would be if restaurants published their contact details via NAPTR records and people could be sure they were connecting to the restaurant directly using a SIP identifier, à la sip:orders@restaurant.dom.  That is of course, provided they weren’t being front-runned via one of GrubHubs domain squats.

This week on the AxisOfEasy

The AxisOfEasy weekly podcast is going well and picking up listeners, while the Salons with Charles Hugh Smith, Jesse Hirsh and myself are going really well.  Those are longer form discussions (about 1 hour) where we discuss the issues of the day. The most recent episode was #4 “What comes next after the failure of Neo-Liberalism”.

Also, Jesse’s Metaviews looked at Collaboration vs Espionage in a pandemic, as well as Ghost, a headless publishing platform in Future Tools.

To see all posts from Jesse check the Metaviews channel.

Charles for his part, expanded on what we talked about in the aforementioned salon with “Globalization and Financialization are Dead” and another piece on why he’s not holding his breath for a rebound in consumer spending “post-crisis”.

To see all posts from Charles check the OfTwoMinds channel.

Have something to add to AxisOfEasy?  Send your submissions to: axisofeasy@myprivacy.ca