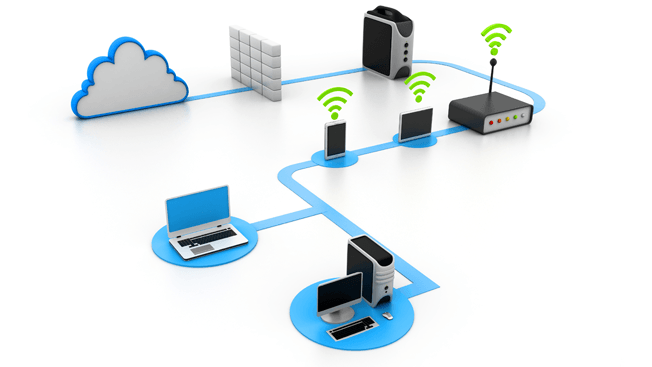 Be the solution to your connectivity conundrum

Recently I’ve noticed an increase in the amount of posts in my social circle asking for recommendations for a better Internet provider. The discussions in response to these queries tend to resemble each other, and they tend to be circular as people realize their options are limited and range from bad to worse.

Yet that’s partly the purpose of this future fibre series. To scan, document, organize, and enable more resources to make it easier for people to be in greater control of their Internet connectivity.

There are some resources already out there, though most focus on wireless rather than fibre, because it’s cheaper and involves less infrastructure.

However based on our preliminary research, if fibre is possible, then fibre is definitely the way to go.

We’re tired of 吃瓜, which translates to eating melon, or metaphorically sitting on the sidelines. The Internet is not about passivity, but rather participation. Why should we be passive receivers of Internet connectivity when instead we should be active participants!

These are the early days of a social movement to reclaim our Internet connections and ensure that they are the quality, speed, and reliability that we demand and deserve.

And we’re certainly not alone!

In that article, Vice claimed they were going to produce a document detailing their efforts.

In hopes of making this replicable, we will document every step of this process, and will release regular updates and guides along the way. Next year, we’ll publish the Motherboard Guide to Building an ISP, a comprehensive guide to the technical, legal, and political aspects of getting a locally-owned internet network off the ground.

Tragically I don’t believe such a thing was produced. We’ll have to try and track down if pieces of it were released. Although an initial search came up empty.

Rather than begin by building a comprehensive guide, our plan is to build an actual micro-ISP, and share the process via this series. This includes sharing the stories of other community based ISPs, as we’ve done and will continue to do, which are both a source of inspiration and knowledge.

Benjamin LaHaise is a friend, Metaviews member, and the owner and operator of the Community Fibre Company in Lanark County, and rural Ottawa, Ontario. Rather than write a single profile of Ben and his company, he will be a recurring feature of this series, and a primary source for our micro-ISP project.

While Ben operates his own growing ISP, I’ve successfully convinced Ben that he should also provide consulting services to help communities and municipalities create their own ISPs. This week he’s in Toronto at the Rural Ontario Municipalities Association conference making connections to do just that.

Although this project is also designed to showcase what Ben can do for individuals like myself and other communities interested in creating their own micro-ISP.

In my case there are a few nearby options.

I live on a county road, and the telecom monopoly has fibre running on the poles. This fibre is not used for consumer connections, but supports business clients, in particular a regional wireless ISP that has a tower almost 2kms away. I currently am a residential customer of that ISP, and I have a tower on my property pointing to their tower to get a limited LTE connection.

The telecom operator does not as yet provide residential service in my area because there are other areas that are more profitable and receive a higher priority.

While that telecom operator’s fibre is not accessible to residential customers, I could buy access to it as a business, hence the idea for a micro-ISP. Just like the regional wireless ISP, I could buy access to the fibre at the tower site, and then run my own fibre the roughly 2kms to my house. The benefit of doing so is that I could also offer Internet access to the roughly 10-20 nearby residences that are on the route.

In theory however I could go even smaller, and tap into the fibre at the nearest intersection, on the assumption that the telecom operator has a spool there setup for such branching. This would involve a far smaller run of my own fibre cables, but it would also mean less neighbours to supply internet to, and therefore more cost to myself.

A third option is to go about 7kms away where we could access the telecom operators fibre to the home residential network and get a cheaper overall price for the connection. While this would involve a longer fibre install, it would also involve more houses to share that connection and cost with.

There’s also the chance that the telecom operator, upon hearing of my activity, would finally make the effort to wire up the neighbourhood, largely to prevent me from taking their potential clients. I don’t have an issue with this, it would just change the way I’d setup my network, or allow me to delay its creation until I have more funds.

In order to get the fibre optic cables from the upstream connection to my house, we’d have to either run them on existing poles or bury them underground.

The general idea is to invest in dramatically improving my Internet connection, and then make that available to my neighbours at a cost below the market with terms way better than what anyone else would offer. I’m not expecting my neighbours to pay for all the costs, but rather contribute enough that they receive the full benefit and contribute to the overall endeavour.

I’d also potentially be able to connect my neighbours via my and their property, rather than have to use poles or the county road, making the installation cheaper.

While I am choosing to take on the overall cost of establishing this micro-ISP, it certainly could be a profitable venture for other people creating similar networks. For example the startup or installation costs could be equally distributed among all members of the network, and monthly charges could be set so as to both generate a profit and still be lower than what incumbents would charge.

There are a range of options available when creating a micro-ISP, and part of this process is to explore and contemplate as many as possible.

We’ll share our thoughts and efforts with you as we go. Questions?

“Future Fibre” is a recurring series in the Metaviews newsletter where we share some of the research, other models, news, andideas around community based connectivity.