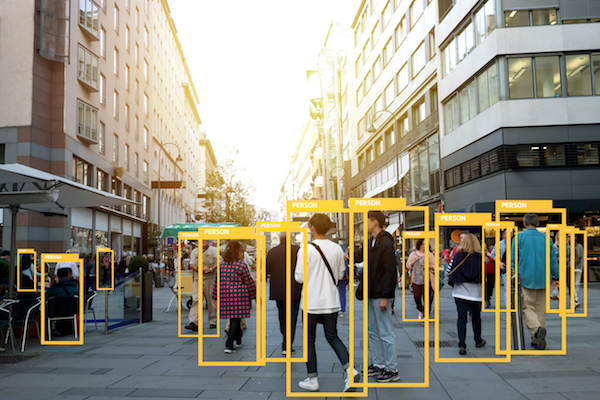 One of the frustrating consequences of the 2020 Democratic Iowa Caucuses is the impact the debacle had on efforts to bring digital tools to democracy. Observers mistakenly blame the technology when it was the organizers and developers who failed: by not providing sufficient testing and training.

There is a false nostalgia for some perceived bucolic notion of democracy, as if what we have now is a sacred institution inherited from the ancient Greeks (without realizing that Athenian democracy depended upon slavery as the ratio of citizens to slaves in Ancient Greece was ridiculous).

Instead the democracy we have now is, and always has been, rigged to preserve the interests of the elite, wealthy, and ruling class. Isn’t that how the current President of the US gained his position in spite of losing the popular vote?

Perhaps this is why a growing number of people look towards digital tools and emerging digital cultures as a means of upgrading democracy by expanding participation, inclusivity, and relevance.

To be clear, digital tools do not necessarily mean digital voting. Rather it means changing the concept of voting so that it is more substantial and meaningful.

Our ongoing Future Tools series investigates the free and open source tools we can use to build a better Internet, but also so we can build a better society.

In this issue let’s take a look at the platform pol.is and the growing role it is playing in changing politics and legitimizing the use of digital tools for democracy.

pol.is was conceived around the time of Occupy Wall Street and the Arab Spring. We felt if millions of people were going to show up to a conversation, the internet needed something that would scale up. We set out to build a communication system that would handle ‘big’ and stay coherent. We wanted people to feel safe & listened to, and we felt it was of the highest importance that minority opinions be preserved rather than ‘outvoted’.

Most generally, we leverage advances in mobile connectivity, artificial intelligence and machine learning to build tools that provide transparency, produce insight and decentralize power in all kinds of organizations of people everywhere on Earth.

Slowly but steadily the team at pol.is have been developing their consensus building decision making framework. While it was created with an eye on and inspired by social movements, the organization markets it to corporations and governments as a means of making better decisions.

The combination of visualization and analytics, is designed to make it easier to map out a debate or discussion and find what participants share in common, or what issues require further attention and deliberation. The developers position pol.is as an improvement over traditional surveys, but the potential of the tool is quite a bit grander.

A glimpse of this potential can be found in Taiwan:

If you change the way they work, technologies that are widely thought to undermine democracy and divide people can suddenly do the opposite

On divisive issues in Taiwan, a platform called https://t.co/VjPCNeoALn gamifies consensus by making most visible what we have in common pic.twitter.com/8QvaRDEcaU

There is a growing conflict between the abilities we experience using digital media and the alienation we experience from politics and democracy. On the Internet we’re constantly voting, commenting, debating, and participating in any issue we desire. Yet in our political and democratic systems we make a single vote, every few years, and it rarely counts for anything.

As this conflict becomes more visible and pronounced, a growing number of people are embracing alternative means of decision making that are more participatory and inclusive. This is what’s been happening in Taiwan.

Of course Taiwan has a complicated relationship with the Chinese mainland, but this past election was also heavily influenced by the protests in Hong Kong. Taiwanese residents are recognizing that democracy is a kind of use it or lose it proposition. Even further, the more you use it, the better the results!

As democracies in the West are paralysed by polarisation, we need to look to Taiwan for lessons on how to use tech to brings humans closer together.

My article for @BBCNews today on an online platform that finds consensus and promotes empathy.https://t.co/9FnmVrd9vx

However to be clear, pol.is is not about voting, but rather focuses on building consensus. Reaching consensus is not necessary, but the platform is designed to move towards that kind of unanimous agreement.

It works by encouraging people to make statements or post positions on a particular subject or issue. These posts can then be grouped or mapped in relation to each other, providing a visual representation of what people think and where they stand on the subject.

While people can disagree with each other via their own posts, they cannot comment directly or post a reply on other people’s posts. The design of the software emphasizes commonality, so messages that further divide or marginalize the group are demoted while messages that emphasize common agreement are promoted. Pol.is gamifies consensus by encouraging participants to focus and work towards shared values and unanimously agreed upon statements.

This process is not meant to happen entirely online, but rather map out the boundaries of discussion, crowdsource potential solutions, and then meet in person once consensus is near or reached to articulate or finalize the policy.

As a consensus driven system it combines direct participation with representative democracy, as the participants who articulate or propose the compromise or consensus statement end up being a potential representative for the process and final agreement.

Audrey Tang is an activist, avid free and open source developer, and now the “Digital Minister” for the Taiwanese Government.

It’s an honor to grace the pages of 🗽 @nytopinion!

🙏Please take the time to read my op-ed.

Democracy improves as more people participate. And digital technology remains one of the best ways to improve participation — as long as the focus is on finding common ground and creating consensus, not division.

These are lessons Taiwan has taken to heart in recent years, with the government and the tech community partnering to create online platforms and other digital initiatives that allow everyday citizens to propose and express their opinion on policy reforms. Today, Taiwan is crowdsourcing democracy to create a more responsive government.

What I find interesting about the general coverage of what’s been happening in Taiwan after the Sunflower movement and after this recent election, is that it doesn’t always focus on the role of pol.is. Partly because as most users are concerned, it is called vTaiwan, or virtual Taiwan. Audrey breaks this done in her op-ed above:

VTaiwan partly relies on a unique digital tool known as Pol.is to ensure its crowdsourced policy debates remain civil and reach consensus. Using Pol.is, any vTaiwan participant can post a comment about the topic or policy being discussed. Crucially, other users cannot directly reply to these statements, which reduces the likelihood of trolling and abuse. Instead, they can click “agree,” “disagree” or “pass/unsure” on each comment.

Using real-time machine learning, Pol.is analyzes all the votes on the comments to produce an interactive map that groups like-minded participants together in relation to other, differently minded users. The map lays bare the gaps between various groups — as well as any areas of agreement. Ideally, this incentivizes people to post comments that attract more supporters, creating a path toward consensus.

VTaiwan has been used to solve a number of particularly thorny digital policy problems. In 2015, it helped break an impasse over how best to regulate Uber, which had arrived in Taiwan two years earlier prompting opposition from taxi drivers.

Thanks to @MandyLeeDUBHKG for alerting me to this excellent article by @carlmiller about @audreyt & tech-enabled participatory democracy in Taiwan. It also refers to@colinmegill who co-founded https://t.co/Ce0mtCtkrz https://t.co/ChihOms2kc

To do that, vTaiwan used a platform called Polis, the creation of a team of technologists and former activists based in Seattle who aim at turning online debating on its head. “We wanted a comment system to be able to handle large populations and stay coherent,” says Polis co-founder Colin Megill, “to make it easier to successfully decentralise power in organisations of all kinds.” Like any social media, it allows participants to share their feelings and to agree or disagree with others. But as they do so, the platform draws a map of the debate, and shows everyone where they are in it. In the case of the debate on electric vehicles, for instance, two knots of people with similar views had emerged: one that wanted e-vehicles legalised today, another worried about safety.

It is interesting when you find that the same author is covering this story, but for different media companies. Perhaps that is an indication of how low digital literacy is for traditional political journalists? And why political coverage is resistant to new methods, and prefer a democratic system that depends upon journalists as the agents of consultation and popular opinion?

Pol.is provides a great example of one tool among many that are available for organizations, communities, and constituencies to use to help facilitate greater participation and support of decision making. The more people who are part of a decision the more legitimate or effective that decision will be.

While I think that pol.is provides a great example of what is possible, I’m critical of the way they’ve implemented their vision of consensus. I’ve never been a big fan of consensus, as I worry that it marginalizes or suppresses minority positions.

I don’t think total unity is every possible, and as a contrarian, I tend to change my position once everyone else adopts it. It’s not uncommon in human history when the vast majority believed something to be true and it turned out to be false.

Instead I think a modified form of consensus, that recognizes, respects, and sometimes even preserves minorities is important. After a decision is made, it helps to recognize and understand dissenting perspectives, especially if that decision needs to be reversed or undone in the future. This might be achieved with greater transparency that shows how a decision was reached, and what arguments or compromises were made to get there.

We’ll keep this in mind as we continue this series and investigate some of the other tools that are available and emerging that seek to facilitate democratic participation and decision making.

(Note: Monday is a holiday where I live, so next issue should be Tuesday)

This is our eighth issue in the Future Tools series.

The first was on Keybase, a service designed to make encryption easy to use. The second was on Pi-Hole, free and open source software designed to make it easy for you to block the digital advertisements on your network(s). The third was on Tor and the so called dark web, enabling secure surfing for all. The fourth was on Matrix and Riot as an alternative to Slack. The fifth was on democracy.earth and quadratic voting. The sixth was on the Brave browser. The seventh was on Rocket Chat.

And as always, as your reward for scrolling to the end, here’s this issue’s bonus content:

. @CSIS’s event on PRC🇨🇳 interference in #Taiwan’s🇹🇼 presidential & legislative elections is a must watch!