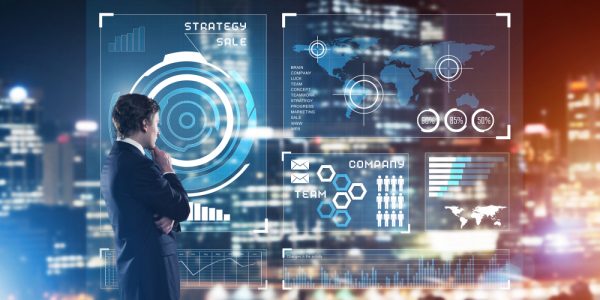 Free collaborative messaging for the masses

Email is not an organizing or collaboration tool. Chances are if you use your email inbox as a to do list, for task/project management, as a reading list, calendar, and who knows what else, then you may be missing some Metaviews newsletters.

Today’s Future Tools is self-serving, in that we want to let you know that email cannot and should not do everything. Email is for things like newsletters, and messages, not all the other tasks we keep trying to use it for. Your inbox should be relatively empty, so you can read Metaviews each weekday morning!

The rise of email glut and overload is partly why Slack has risen to become a powerful tool, within both large enterprises, but also collaborative social or knowledge networks.

In order to understand the value and role of today’s future tool, riot, we need to start off by looking at Slack. What it is, and why people use it.

In the above promotional video, Slack claims to be replacing email. Tragically that is a bit of an over reach, but it does reveal the company’s ambitions.

In an era of data mining and harvesting, Slack is hungry for the data in the enterprise. To get at this data they’ve leveraged the ease of chat (or instant messaging), with the desire to get what Gmail already has: the intimate data found in our messages. They do this by finding shared purpose with the executives of contemporary enterprises, who also have a desire to get at the data their company generates.

A primary selling point behind Slack’s vision off collaboration, is to get people out of their private email inboxes, and instead use shared spaces to gather and organize information, so that everyone is on the same digital page.

This has been a successful proposition, and Slack has blazed the trail for organizational collaboration. On the surface, Slack is just a chat app, yet in reality it is far more. It combines apps, search, and fosters a kind of collective memory that has driven the company’s success, and the growing number of users who see Slack as a more productive alternative to email.

Before @Dropbox, you had to fuss with zip attachments.
Before @SlackHQ, you had to deal with unwieldy email threads.
Before @Zoom_us, you had to settle for choppy, laggy video calls.

Before @Otter_ai, you had to take notes and still miss something.#AIhttps://t.co/SmKa293Kv0

(Note to collective self, when we get the Metaviews podcast up and running, check out Otter voice for transcription.)

However in the technology world, just because you blazed the trail, doesn’t mean you get to keep it. Microsoft has taught that lesson to many companies before Slack came along.
CNBC Now@CNBCnow
Slack slides nearly 6% in early trading after Microsoft says its Teams app has 20M users, more than Slack’s current 12M,
cnb.cx/342XOOb

Slack is accusing Microsoft of ripping off its ads. This is in the same week Microsoft revealed it has 20 million Teams users. Slack even hit Microsoft with the “ok boomer” meme. Ouch. Details: https://t.co/7ec9N85TJd pic.twitter.com/3WnbNAlc3Z

I’ve used Slack for a number of years, mostly as a way to quickly understand and integrate with corporate partners or public sector organizations.

When I was a resident of the IBM Innovation Space in Toronto, everything was done via Slack, from reserving meeting rooms, to celebrating when a fellow resident found success. I’ve participated in a few book clubs via Slack, open source projects, and University based research networks. I’ve also recently joined a Slack for the Canada School of Public Service Digital Academy, of which I’m a fellow, and it’s been a great way to learn about the Academy and be part of their ongoing events and initiatives.

While Slack is relatively straight forward to use, I don’t believe it lives up to the hype. Yes, it is useful to have an app like this, in addition to email, to help with collaboration, and to create a shared space. However it neither offers a unique experience, nor is it worth giving up all this data to Slack.

As with many of these tools, a primary advantage of Slack is that a whole lot of other people are using it. You often don’t need to convince people to download a new app, you just have them connect to your server on Slack, which, if they work (or have worked) in an enterprise, then they’ve already got it.

Yet what about the rest of us? I’m curious as to how many of my subscribers are also Slack users? (If you are please post a comment as a kind of straw poll).

On the assumption that many of you are not Slack users, we can forego the Slack experience and migrate directly to the alternative.

That’s where Riot comes in. A decentralized, encrypted chat and collaboration tool, Riot is “powered” by Matrix, an open source project that has created an open standard for secure, real-time communication and organizing.

In some respects, Riot is better than Slack because it offers many of the same features, without having to give up or compromise your data.

We are spending more and more time in @matrixdotorg. @RiotChat works like a charm, better than @SlackHQ for many things and of course way better than IRC. It’s awesome to have so many open communities forming and being able to jump from one channel to the other. Give it a try! 📢 pic.twitter.com/5uL1D4ryQo

Riot has apps available for your browser, desktop, android or iOS device. As well, because it is free and open source there are no restrictions on how it is used, and it can even be repurposed and renamed for organizational use, as long as proper credit is given.

Happy to be the trendy and secure alternative to Skype! Thanks @zdnetfr ! https://t.co/Uc6WuRK1VF Riot is also the basis for @tchap_dinsic rolled out by the french government. pic.twitter.com/BbrSwkQrqK

Vive le France! This is where we could make a joke about how the French like to riot, but more importantly, oh how the French love their free and open source software. This is a great example of the public sector creating public infrastructure using tools that are freely available, yet lack popular support and backing. Bravo to the French government for demonstrating this kind of public leadership.

The French State creates its own secure instant messenger
with Matrix and Riot as basis 👌 https://t.co/9XSX2nG9dV

This should be an example for other governments! #security #privacy @eoverheid pic.twitter.com/9bs1FH0M3p

The backing of the French state is not the only thing making Riot and Matrix a growing alternative. They’ve also recently received funding to help build the larger ecosystem that sustains a platform like this.

Massive news for the Matrix ecosystem today: New Vector has raised an additional $8.5M of funding in order to speed up Riot/Matrix development and expand Matrix hosting via https://t.co/UhAjLqiMQc!https://t.co/j7tCL7Luex pic.twitter.com/6yop2KIzcI

Matrix will benefit from the ongoing success of Slack and Skype (a/k/a Microsoft Teams). As more people seek out alternatives to the basic features of email, collaboration and communication platforms grow in value. As a secure and open source platform, Matrix has considerable room to grow, and it will be interesting to see how it is used and why.

To be clear, Riot is the foreground, and Matrix is the background. Today’s issue was about Riot, via Slack, with a glimpse into the Matrix.

As a much larger project, or framework, Matrix has interesting ambitions, that are evoked in this video they made a few years ago for hackathon participants:

I’ve been an active chat and messaging platform user my entire professional career. While IRC has been a mainstay, I’ve used and embraced many of the platforms that have emerged over the last 25 years.

Recently I’ve watched how Slack has emerged and evolved, and have wanted to establish a chat network for this newsletter. I’m already in chat networks with many of you. Ken still runs his IRC server. And I’ve compelled my family and some friends to adopt Signal. Yet when it comes to Metaviews, I think riot provides a good opportunity for us to play and collaborate. (Not to mention Riot does have IRC integration, so maybe we’ll connect with Ken and #tek).

I’ve set up a Matrix server for you to connect. Or at least I tried to. I’ve been getting support via Riot in the Synapse support channel on the primary Matrix node, but to no avail. Sometimes software works out that way. Particularly free software. I still find it remarkable how these nerds are incapable of writing documentation that is in any way helpful.

Nonetheless the address will one day be matrix.metaviews.ca. As with all Future Tools issues, I can support you directly, if desired. Although I’m learning as well, so the features will emerge as my knowledge grows. I’m particularly interested in using the matrix to build and deploy information bots, on a basic level to act as RSS feeds, but on a more ambitious level to organize the knowledge that is shared in this newsletter.

The main thing to do, if you want to join us, is to install the Riot app, and connect to our server. Mind you, I’m still setting it up. It may take a little bit to get fully operational. If dealing with bugs is not your thing, I’ll send an update in a week or two to let you know where we’re at. Or just contact me directly.

See you in the matrix!

This is our fourth issue in the Future Tools series.

The first was on Keybase, a service designed to make encryption easy to use. The second was on Pi-Hole, free and open source software designed to make it easy for you to block the digital advertisements on your network(s). The third was on Tor and the so called dark web, enabling secure surfing for all.

I was particularly interested in this edition of Future Tools because it exactly circumscribed our company strategy of retaining control over our own data and eschewing the use of centralized, proprietary systems. Like Slack. We stopped using Slack many years ago and switched to Mattermost, which is another open source collaborative tool, which also is used with your own database back end.

We were also evaluating Matrix for our video conferences given that we want to move away from centralized, proprietary solutions like Google hangouts or Zoom. We’ve opted for now to try Big Blue Button which integrates with Mattermost.

I wish we knew ahead of time what Jesse was trying to achieve running his own Matrix server under his own domain name, because that sounds a lotlike the type of thing we should be offering our clients: an easy-to-provision, easy-to-run VPS / Virtual Appliance that runs your own org’s collaboration suite under your own domain.

When I was discussing this with our COO just now (in Mattermost) I said “There’s still the theoretical instance where we (easyDNS) could mine the client data, and he told me “No, matrix has end to end encryption. “ and further that “if there’s a new entity entering the conversation, the server notifies you and makes you verify it. It’s kind of a pain but very privacy friendly.”

So there you have it. You should be examining these tools for your own organization in order to take back control over your own data and we should be looking at how we can make it easier for you to do so.