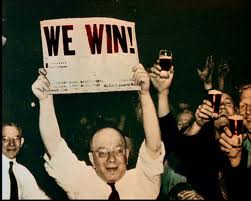 The National Arbitration Forum has just handed down its decision in respect to the three domain names locked down at Public Domain Registry in response to the City of London Police Intellectual Property Crime Unit takedown requests. The decision is in favour of easyDNS and orders the three names to be transferred to us.

The full text of the decision is available here, the notable finding is that:

Yes, exactly, that’s what we’ve been saying all along. It’s unbelievable that we had to take this all the way to a second level appeal to get a decision enforced that is simply straight-forward compliance with a clear, unambiguous rule that all registrars have to play by.

More importantly, the panel went on to say:

based on the suspicion of a law enforcement agency, without the

intervention of a judicial body, opens the possibility for abuse by

the reasonable assumption that the intervention of a court and judicial

some basis of “due process” associated with it.”

This is precisely the reason we felt obligated to go all the way with this. It is now official, and out there for all to see: Even if a registrar suspends service to a domain for any number of ill conceived reasons (including the flimsiest of takedown requests from overreaching law enforcement agencies) they cannot prevent those domains from seeking greener pastures in the form of more clueful registrars – unless they have a COURT ORDER to lock the domain down.

It’s been a long haul, but it’s worth it.

Ironic, given the timing, we’ve just received a letter from the National Association of Boards of Pharmacy (whoever that is), explaining to us why we have to take down any domain name they tell us to in direct contravention to everything the NAF just upheld in this finding.