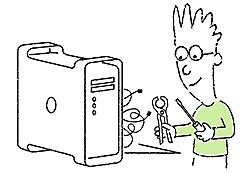 We’ve had some great client feedback about the interface and some requests for changes and tweaks, and we’re working to make that happen.  Over the next while, you’ll see some changes in the UI, and we think you’ll like ’em.

When you edit your A (hostname) or CNAME (alias) records your confirmation screen now lists actual changes you are about to commit, instead of simply reciting all the values for that record type. The latter becomes less useful as the zone gets larger (probably along some mathematical proportion like the inverse-square rule).

This behaviour (which was present in the legacy interface) was sorely missing here. We’ll be rolling this out to the other RR types shortly, but we really needed this for HOSTS and CNAMES sooner than later.