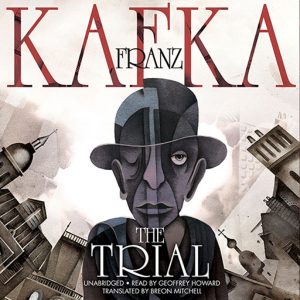 As mentioned in our recent back-and-forth with the US FDA, we recently received the following Notice of Criminality from the City of London PIPCU:

Receipt of this email serves as notice that the aforementioned domain, managed by EASYDNS TECHNOLOGIES, INC. 28/03/2014 is being used to facilitate criminal activity, including offences under:

We respectfully request that EASYDNS TECHNOLOGIES, INC. give consideration to your ongoing business relationship with the owners/purchasers of the domain to avoid any future accusations of knowingly facilitating the movement of criminal funds.

Should you require any clarification please do not hesitate to make contact.

Once again, we are being asked to do (something, we’re actually not sure what this time) based entirely on an allegation which has never been tested in a court of law and has been afforded absolutely zero “due process”. (The domain in question is a search engine that hosts no content).

What it is we’re being asked to do is, in our minds intentionally vague. If you recall, last time the PIPCU came around they wanted us to arbitrarily takedown domains purely on their edict, hijack said domains’ traffic and reroute it to an IP address displaying advertisements for IP lobby approved business interests.

We think this time the intent is not to actually get the domain name taken down, but rather to build some sort of “case” (I won’t call it legal, perhaps the better word would be “kafka-esque”) that we, easyDNS by mere “Receipt of this email” are now knowingly allowing domains under management to be “used to facilitate criminal activity”.

Thus, if we don’t takedown the domains PIPCU want us to, when they want us to, then we may face accusations in the future (in their own words) “of knowingly facilitating the movement of criminal funds.”

Which of course, we don’t know at all because there has never even been a court case anywhere to test the PIPCU allegations. I know I never went to law school or anything, but in my mind, until that happens, that is all they are – allegations.

The Slippery Slope is a Road to Tyranny

In the past, when we’ve been sticklers for “due process” people would ask “why?” and we would respond that we were on a slippery slope and now that domain names were being taken down without it we were on our way to “rule by decree”. It was a lot more abstract and hypothetical, but it did seem to be following the script laid out in “First They Came For The File Sharing Domains” that we wrote back in 2010.

Recent events made it all very real, when exigent circumstances prompted our co-operation with the FDA to take down a rogue pharmacy without a court order, and suddenly, very quickly that exact same FDA attempted to parlay that cooperation into further summary takedowns of a domain list that included completely legal websites operating here in Canada.

Let’s Spell Out The Obvious

So let’s sum up by stating the obvious and enumerating the reasons why domain registrars and DNS providers should not be counted upon by law enforcement and government agencies to summarily takedown domains without any semblance of due process:

In a larger sense, the these points can be extrapolated into two larger principles:

I’m No Expert In “Defamation”, but…

(…aside from being sued for not taking down an allegedly defamatory website) It seems to me… that if anybody (law enforcement or otherwise), got into the habit of emailing somebody’s, anybody’s vendors and business associates and repeatedly telling them that somebody was a criminal, and urged them to sever business ties with that entity in complete absence of proof or legal proceedings to back that up; that would seem a textbook definition of defamation or libel.

Further, hinting that failure to cooperate could result in adverse consequences such as i) being stripped of one’s trade accreditation or ii) possibly being accused of a crime in the future, strikes me as coercive or an abuse of position on the part of PIPCU.

Free Webinar: The 7 Deadly Risks You Are Exposed To Through Your Domain Names

Reserve your spot today for Mark’s upcoming O’Reilly Webcast where he deconstructs the 7 distinct types of risk that any organization is potentially vulnerable to by simple fact of having a domain name. Click here.