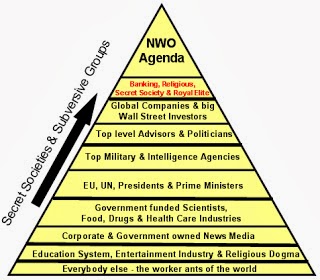 I was away when the big announcement came out. The news was, more or less,

“US GOVERNMENT RELINQUISHES CONTROL OF THE INTERNET!!!!!”

and I put it in all caps and underlined and with a lot of !!!! because the people who are busily talking about it in that context are typically newbie type half-wits, or journalists. The latter of which are barely distinguishable from the former, only because they aren’t as intelligent and their knuckles tend to drag lower on the pavement when they walk.

Sorry if that sounds harsh, but this is the second time in less than a month I’ve seen just utterly bombastic and nonsensical reporting, conspiracy theory and just plain wrong information being promulgated over things that are actually non-issues.

(The first was the painfully juvenile interpretation of the “secret key-masters who control the internet”, which basically referred to a bunch of uber-geeks who hold parts of the key that facilitate DNSSEC key rollovers of the rootzone. What should have been a moderately interesting human interest story about how it all works got dumbed down into incomprehensible balls-out wrong gibberish, like this: 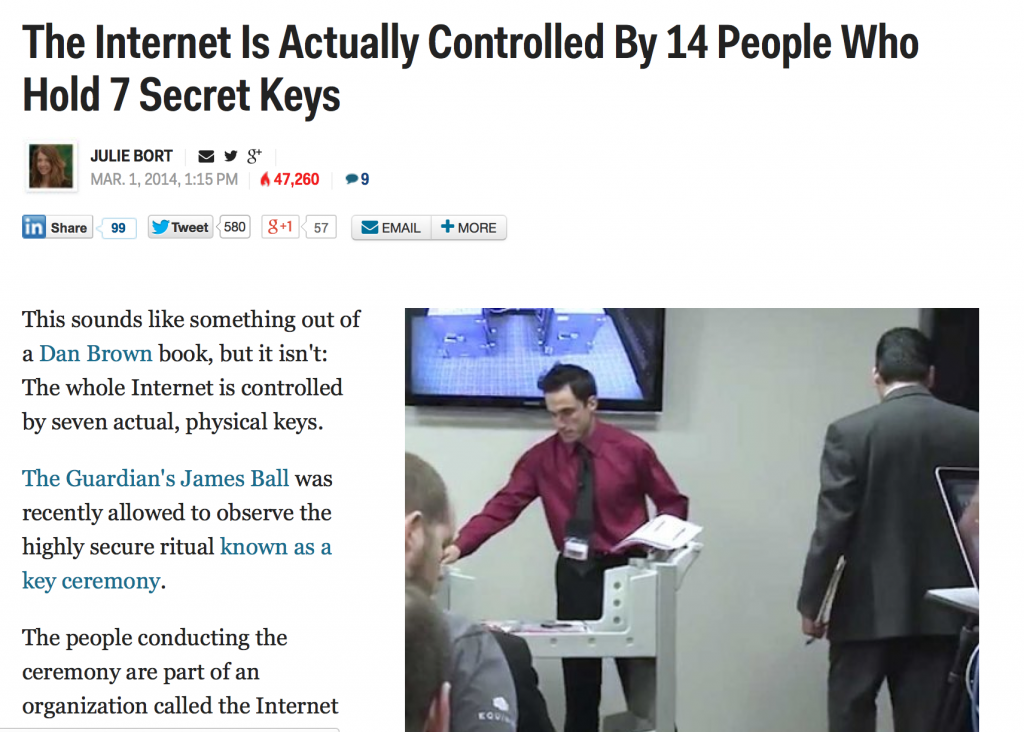 which is just absolutely idiotic “reporting”. I’m sorry, but it is.)

So today a friend of mine called me up and asked me, in effect “what the hell is going on with the US relinquishing control of the internet?” And I told him that as far as I knew, that hadn’t happened, and if it did, it would probably be a.good.thing™

But since I hadn’t actually read any of the announcements (they looked too boring to bother with since I was on vacation when they came out), I promised him I’d look into it tonight and tell him if this was all part of a wider descent into a Mad-Max style collapse of civilization.

What the NTIA actually came out with was an announcement to commence a process that will eventually, someday, possibly, maybe… result in a *proposal*, which may or may not be acted upon.

That’s it. Once the hysteria ensued, ICANN issued a clarification on what it all actually meant (or didn’t mean). You all know I’d be the first to call “b.s” if ICANN produced any,  but as somebody with an unblemished record of skepticism and bluntness I can vouch for most of the substance of their announcement.

This is all just a very administrative, unexciting, possibly leading-to-nowhere process, and  as pointed out on the Registrar Stakeholders Group mailing list: this was supposed to have happened in around 1997 anyway.

In terms of “conspiracy”, “Big Brother”, NWO or plans to microchip everybody, there is nothing usable here.

Move on, and if you want to get worked up over something specific, keep in mind that most of our governments are actively spying on all of us, violating our privacy and abrogating the Constitutions of their respective countries by doing so. That’s real and worth getting in a tizzy over.