We’ve commented before on the ramifications of US agencies operating via registry operators to seize domain names. What it effectively does is put all domain names registered under .com/.net/.org/.biz under the jurisdiction of US law, for better or for worse.

Although I have never heard of the domain name that was seized (it looks like one of those pharma sites based out of Russia), I still find the process somewhat unsettling as it makes clear that US policymakers or lawmakers can simply take any domain they want off the air first, and any questions about it have to be asked later.

As I wrote in “First they came for the file sharing domains” a few years back, it may just be some “pharma domain” today, but given the way things are heating up with whistleblowers and ever escalating government surveillance, who knows what tomorrow’s “courtesy email seizure notice” will bring?

The whois record for the domain has not been altered at all and still lists the domain’s original nameservers:

But those are not the nameservers which are in the rootzone for the domain:

Which appear to be a couple of Amazon AWS EC2 instances with a nameserver installed that just wildcards everything: 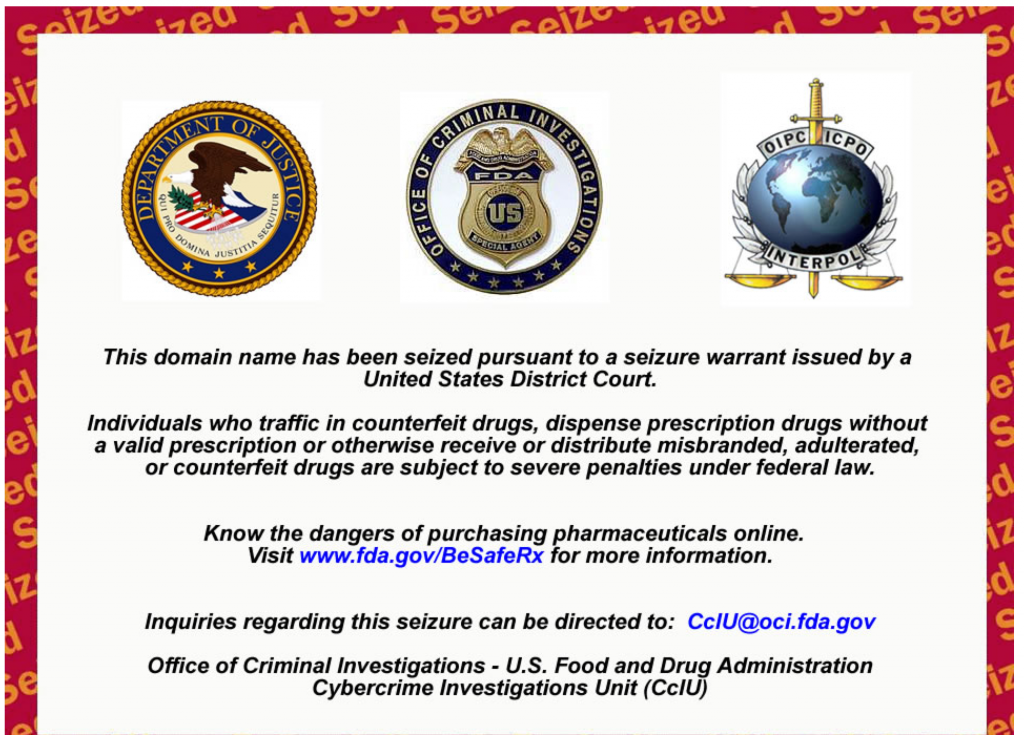